What Is Cervical Cancer

Cervical cancer is a cancer arising from the cervix It is due to the abnormal growth of cells that have the ability to invade or spread to other parts of the body. Early on, typically no symptoms are seen. Later symptoms may include abnormal vaginal bleeding, pelvic pain or pain during sexual intercourse. While bleeding after sex may not be serious, it may also indicate the presence of cervical cancer.

The Centers for Disease Control and Prevention (CDC) initially recommended the vaccine for all people aged 9–26 years. However, the CDC now advise that the vaccine is also available for all women and men aged 26–45 years who did receive the vaccine as a preteen.

In this article, we look at cervical cancer, its symptoms, and ways to prevent and treat it.

In the early stages of cervical cancer, a person may experience no symptoms at all.

As a result, women should have regular cervical smear tests, or Pap tests.

A PAP test is preventive. It aims not to detect cancer but to reveal any cell changes that indicate the possible development of cancer so that a person can take early action to treat it.

The most common symptoms of cervical cancer are:

These symptoms can have other causes, including infection. Anyone who experiences any of these symptoms should see a doctor.

Working out the stage of a cancer is important, as it helps a person decide the most effective type of treatment.

Staging aims to assess how far the cancer has spread and whether it has reached nearby structures or more distant organs.

A 4 sage-system is the most common way to stage cervical cancer.

Undergoing screening and seeking medical attention if any symptoms occur can help a person access early treatment and increase the chances of survival.

Cancer is the result of the uncontrolled division and growth of abnormal cells. Most of the cells in our body have a set lifespan, and, when they die, the body generates new cells to replace them.

Abnormal cells can have two problems:

This results in an excessive buildup of cells, which eventually forms a lump, or tumor. Scientists are not completely sure why cells become cancerous.

However, some risk factors might increase the risk of developing cervical cancer. These include:

Participating in a clinical trial may be the best treatment option for some people.

Clinical trials are an integral part of the cancer research process. Researchers carry them out to determine the safety and effectiveness of new treatments, and whether they are better than existing ones.

People who participate in clinical trials are contributing to cancer research and innovation.

A number of measures can help reduce the chances of developing cervical cancer.

The HPV vaccine only protects against two HPV strains. Other strains can cause cervical cancer. Using a condom during sex helps protect from HPV infection.

Regular cervical screening might help a person identify and deal with signs of cancer before the condition can develop or spread too far. Screening does not detect cancer but indicates changes to the cells of the cervix.

The more sexual partners a woman has, the higher the risk of transmitting the HPV virus becomes. This can lead to a higher risk of developing cervical cancer.

The younger a woman is when she has sexual intercourse for the first time, the higher the risk of HPV infection becomes. The longer she delays it, the lower her risk.

Women who smoke and have HPV face a higher risk of developing cervical cancer than people who do not.

Under 21 years:  Screening not recommend.

From 21–29 years: People should undergo screening every 3 years for cervical cancer.

From 30–65 years: The frequency depends on the type of screening. One of the following is recommended.

Over 65 years: Screening not recommend for those who have had adequate screening in the past, unless they have a high risk of cervical cancer.

People who have had a hysterectomy with removal of the cervix do not need screening, unless they have had precancerous lesions or cervical cancer in the past.

These are the overall screening recommendations, but a doctor can advise each person about their screening needs.

Statistics has shown that the disease will be fatal in around 4,000 women. However, regular screening could prevent most of these deaths.

Screening does not detect cancer but looks for abnormal changes in the cells of the cervix. Without treatment, some abnormal cells can eventually develop into cancer.

This test determines whether the individual has any of the types of HPV most likely to cause cervical cancer. It involves collecting cells from the cervix for lab testing.

The test can detect high-risk HPV strains in cell DNA before any anomalies become clear in the cervical cells.

If there are signs and symptoms of cervical cancer, or if the Pap test reveals abnormal cells, a doctor may recommend additional tests.

The stage at which a person receives a cervical cancer diagnosis can help indicate their chances of survival for at least 5 more years:

These are average survival rates and do not apply to everyone. In some cases, treatment is successful up to stage 4. 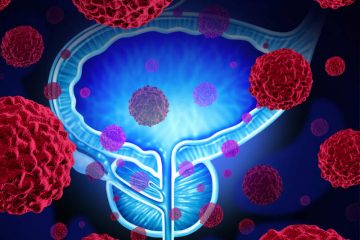 What Is The Prostate? The prostate is a gland that is a part of the male reproductive system that wraps around the male urethra at its exit from the bladder. What is prostate cancer? Prostate Read more… 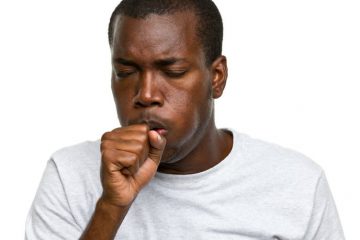 A cough is a common reflex action that clears the throat of mucus or foreign irritants. Coughing to clear the throat is typically an infrequent action, although a number of conditions can cause more frequent Read more… 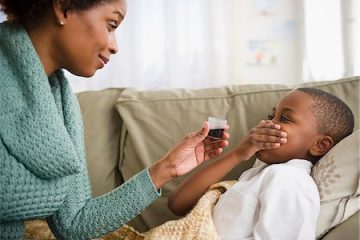 Fever is when a human’s body temperature goes above the normal range of 36–37° Centigrade (98–100° Fahrenheit). It is a common medical sign. Other terms for a fever include pyrexia and controlled hyperthermia. As the Read more…